← more from
Debemur Morti Productions
Get fresh music recommendations delivered to your inbox every Friday.
We've updated our Terms of Use. You can review the changes here. 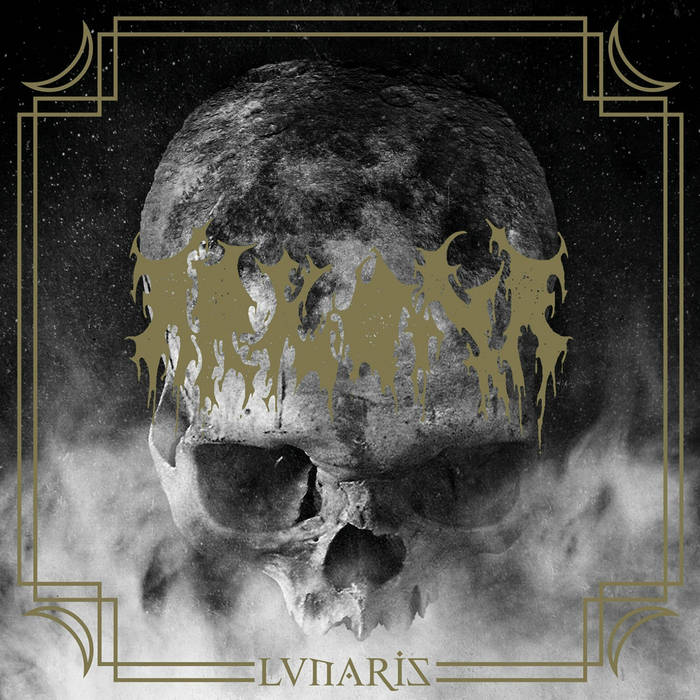 The remarkable ARKONA - pioneers of second wave Polish Black Metal since 1993 – commence partnership with Debemur Morti Productions in style via the magnificent “Lunaris”, the most fully realised expression of their singular vision.

Water-tight rhythms cascade in rolling waves of authority; potent hyper-blasts performed on natural snare effect a ritualistic offering to the infinite. Slower movements expose the weight of the players, the gravitas, the import of the message.

The spectre of folk music fortifies the melodies, subtly informing robust song-structures which reawaken the collective unconscious to past and future majesties just out of reach.

“Lunaris” is a palimpsest of haunted modernity with an underlying raw howl straight from primitive lifeblood.

With this emphatic new record, ARKONA trigger a free-fall deep into the metaphysical dream logic of the genre.

Not to be confused with the Russian folk-metal act of the same name, Poland’s ARKONA has been producing crushing, pagan black metal hymns since their inception in 1993. Devoid of excess gimmicks that often plague the genre, ARKONA present a straightforward yet compelling sound. Tremolo harmonies, relentless snare blasts and vitriolic snarls flow into crescendos of melodic splendor. ... more

Bandcamp Daily  your guide to the world of Bandcamp

Oakland producer Mejiwahn chats about his breezy and transportive LP.